I built some things a (long) while ago – I found it really satisfying but never bothered to blog about it.

Way back in 2016, Max, Pete & I tried to make a Google Cardboard hack for every day of October.

It was an awesome experience. There’s something very liberating about the daily time constraint; it’s stops you striving for perfection, and lets you move on to something new without feeling regret.

I also loved sharing the experience with Pete and Max. We all took different directions with our hacks. I was trying to build my own render engine, Max was exploring UX ideas and Tetris, and Pete went off playing with cats, fish, the moon, archery, lasers and beer cans.

Into 2017 (don’t worry, I’ll be blogging about newer stuff soon), I decided to learn WebGL from the ground up. Before then, I’d used it a bit through libraries or frameworks.

I spent a whole day on my first hack, and ended up with this: 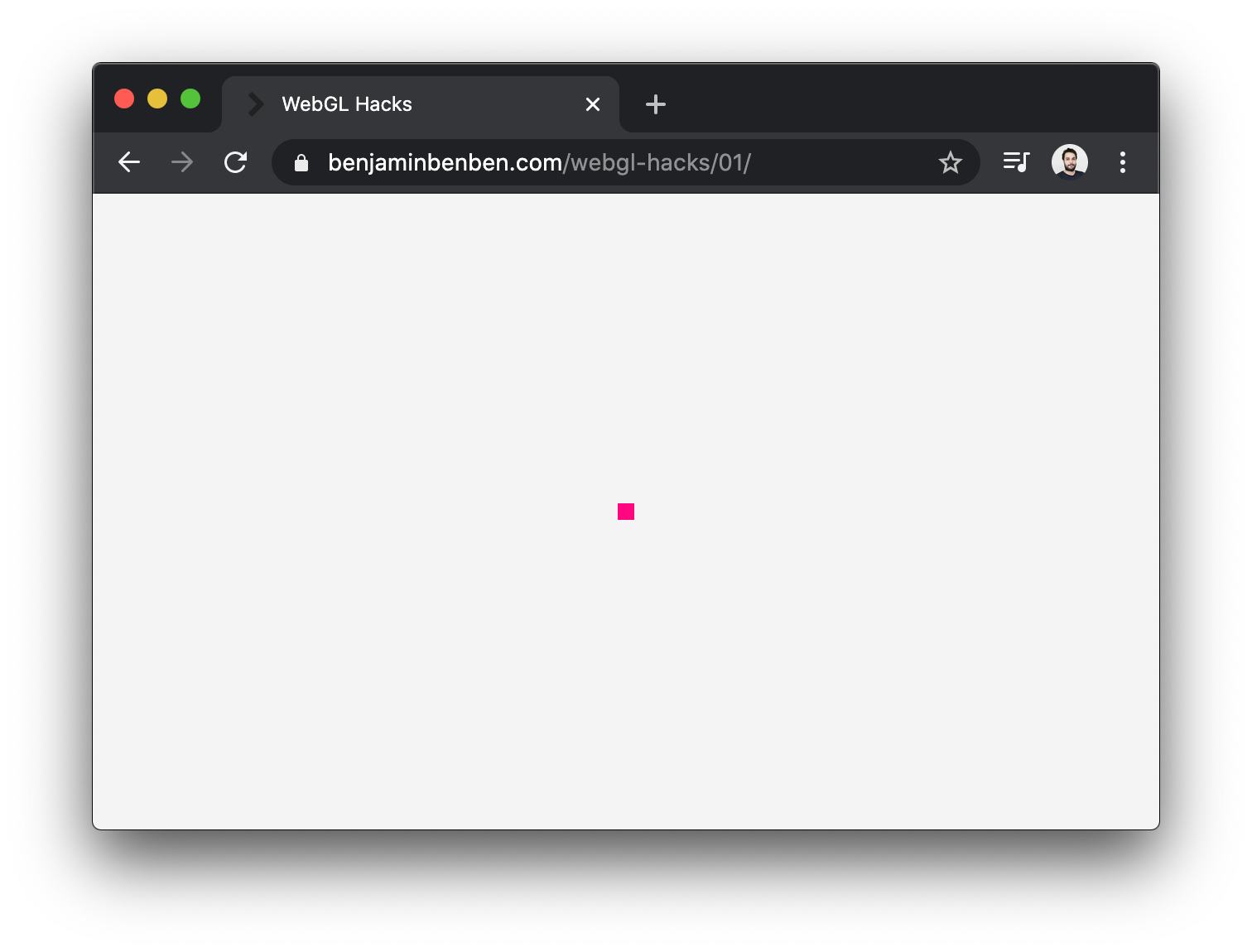 I’m still proud of that square.

Over a few weeks, I explored a few more ideas and learned a lot. It’s kinda cool to think back to this, as I’m doing quite a lot of WebGL as part of my job these days.

I gave a one-off talk at a hack day.

It was about applying bounds to your creative output (much like Cardboctober & WebGL Hacks).

I described the properties that I’d like from a “Thing”:

Then I talked about cassette tapes a lot because I think they’re a really great example of a unit of creativity.

Making a lot of things

This sounds like a similar talk, but it was entirely different.

I’d followed “what is a unit of creativity” through to JavaScript, and I wrote an experimental code editor to play with some of the ideas of constraint and exploration.

Although I’m really proud of the ideas and effort that I put into this talk, I’m unhappy with how I gave it. I was the closing talk at my favourite conference, and instead of getting confidence from that, I ended up trying to prove that I was worthy of being there by throwing down a bunch of technical and portfolio stuff.

Having said that, I just found a really awesome post about it by Mathieu. Also, Joe & Calum wrote some kind words about the talk.

I ended that talk with the idea of “Microhacks”: