It’s been a really busy year; a lot of my spare time has been spent hacking on, or preparing for, talks. In the last year I’ve spoken at: 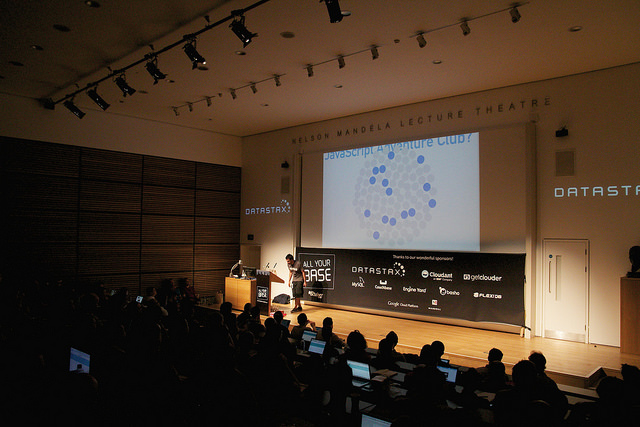 photo: All Your Base, by Garrettc

It’s been pretty exhausting, though I’ve got a lot from it. I’ve been able to explore ideas with combining capabilities of lots of devices, how we can use IoT to inspire the way that we build applications, and recently I’ve been looking into our relationship with the data that we produce.

I’ve also been helping out with JSOxford quite a lot; it’s so awesome to see the community grow. This year we had our second Summer of Hacks, which had FIVE events (totally Ryans’ fault).

I’ve got a few blog posts ideas logged as github issues; so I’m going to try and start working through those. A bit of a warning; I’m going to focus on getting stuff written than making it super-great quality. If you see typos, mistakes, or bad grammar; that’s totally why, ok. (also, it would be ace if you could correct them.)

(most things I’m working on are in github issues: talks, projects and other stuff)

Although I’ve not been posting much online; other people have been putting stuff online with my face on it: